Tick-tock, tick-tock. Residents of the mountain village Pesariis, in northeastern Italy, have no excuse for being late at work. After all, they live in ‘the clock town‘. The ‘monumental Clock-Making Route‘ leads you through the village, which is actually a big open air museum. You will see some special clocks from different periods of time, giving you more insight in the history of time measurement.

The brothers Solari and the split-flap display

In 1725, Fratelli Solari was founded in Pesariis, a company specialized in the production of tower clocks and wall clocks. Remigio and Fermo, two brothers within the Solari family, decided to move to Udine in the 1940s to set up a new company (Solari di Udine). Their most important invention is probably the split-flap display. The so-called ‘Solari Board’ seemed to be the ideal way to show departure times in train stations and airports, with numbers and letters displayed on a rotating flap system. The first Solari Board was placed in Belgium in 1956, at the station of Liège-Guillemins. Even today, you can still find them in some public places. Just think of the split-flap display in the departure hall of Brussels Airport. The flapping sound you hear when the letters and numbers are being changed, put you straight in a holiday mood.

The ‘monumental Clock Making Route’ starts at the Giant Flaps Clock, basically a big split-flap display near a parking lot (click here to see the location in Maps).

Before the invention of mechanical clocks, time measurement was particularly based on astronomical cycles, in which the position of the sun and the stars played a major role. Behind the church of Pesariis, you will see a rotating star map (a planisphere) and beside, multiple sundials can be found in the village center. The ‘Analemmatica Sundial’, for example, makes it possible to estimate time based on your own shadow. You can see even more clocks in the village museum. From rare, primitive examples to the more recent timepieces. Keep in mind that the museum has limited opening hours. 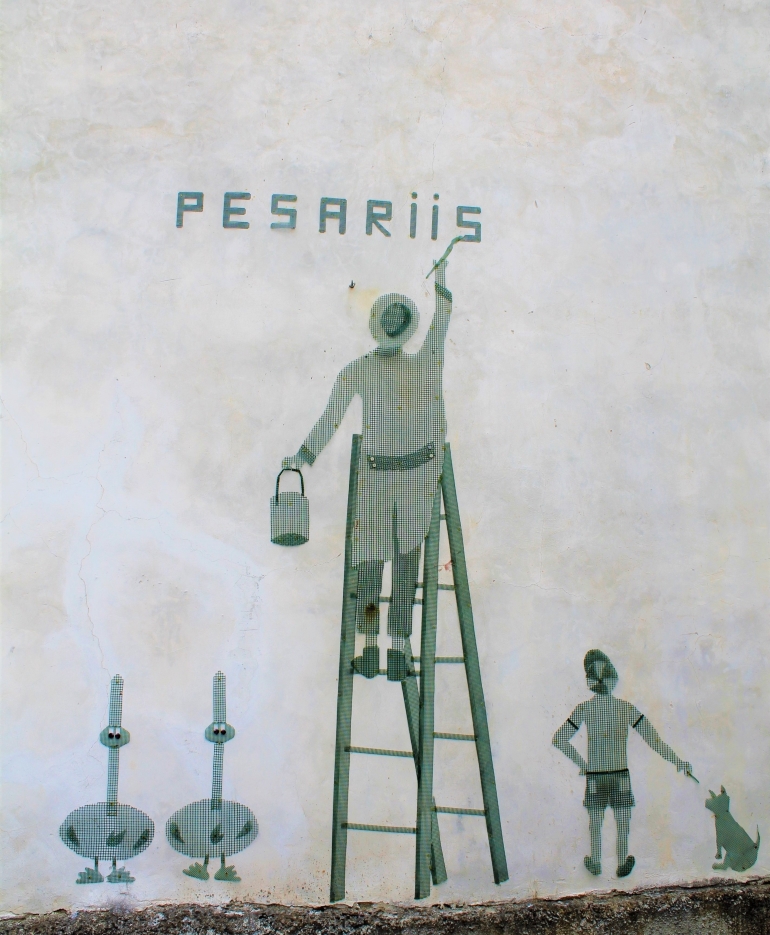 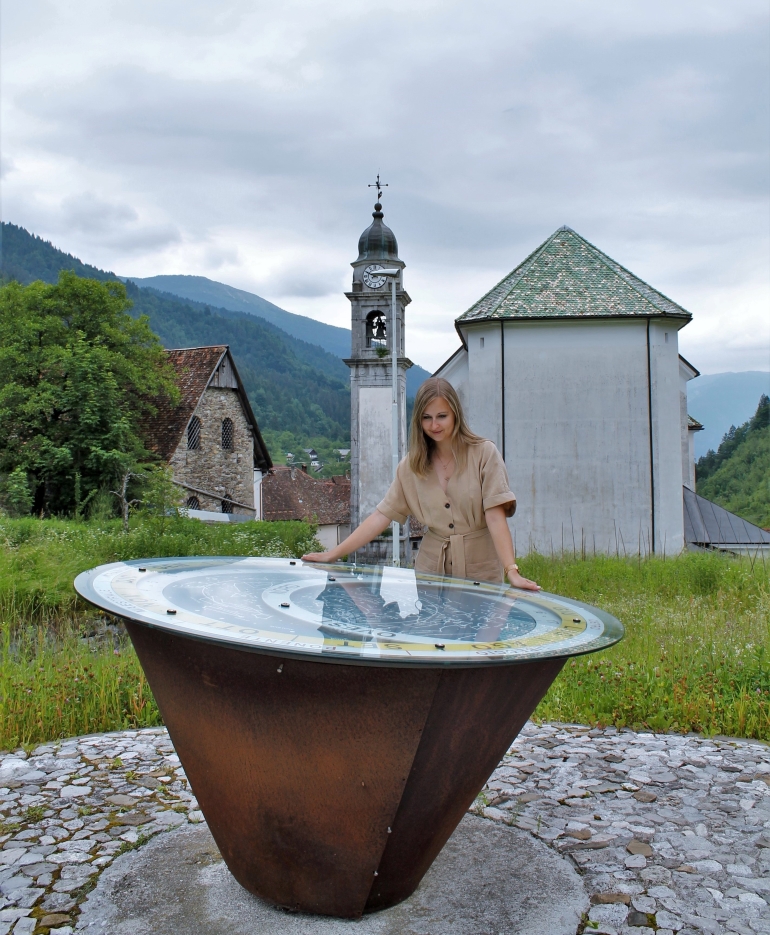 Pesariis is a truly hidden gem in Friuli-Venezia Giulia. The sleepy village is coming alive by the monumental clocks and the works of art, found on the houses facades. Although the village center is tiny, the cultural value that lies within is monumental. 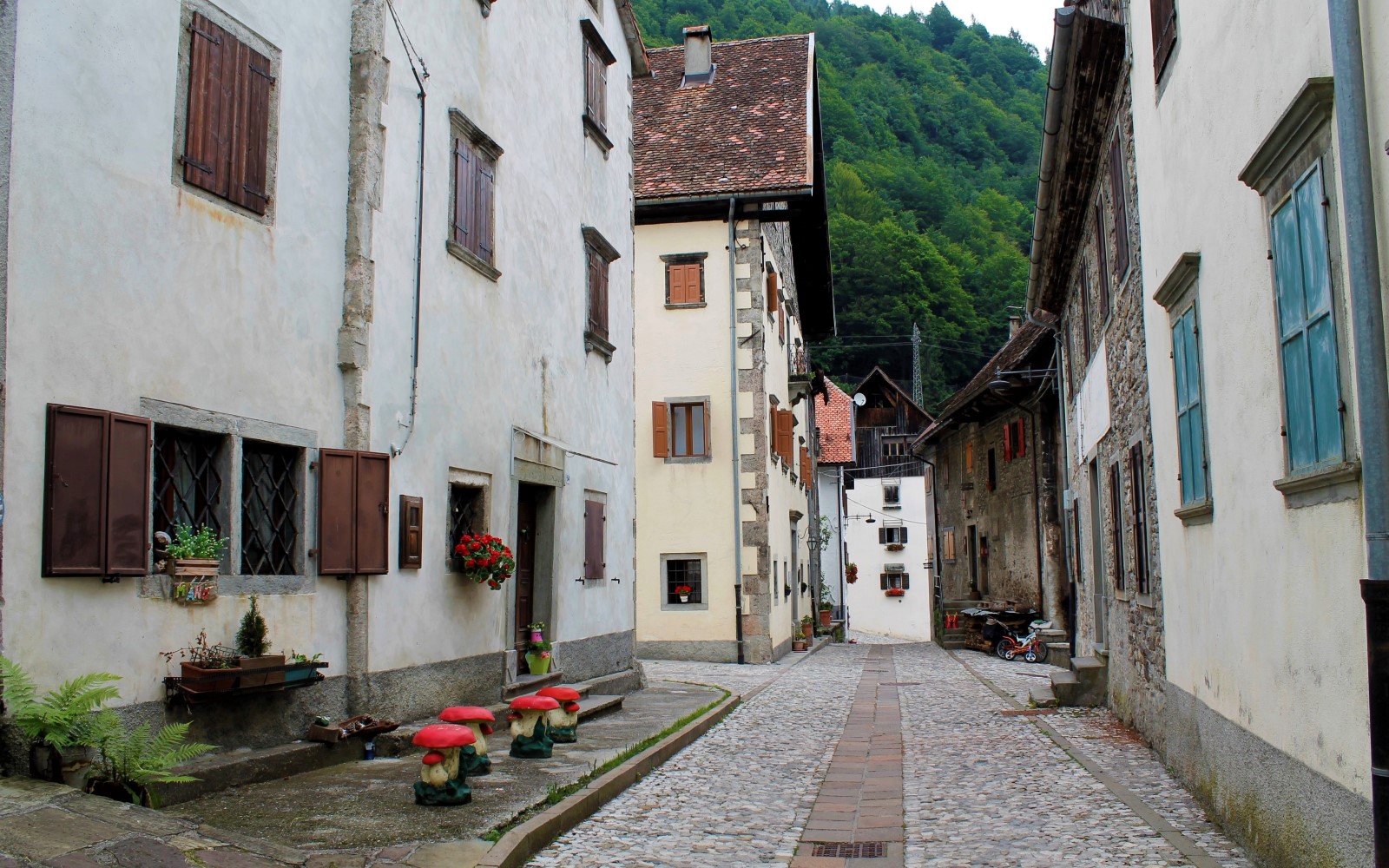 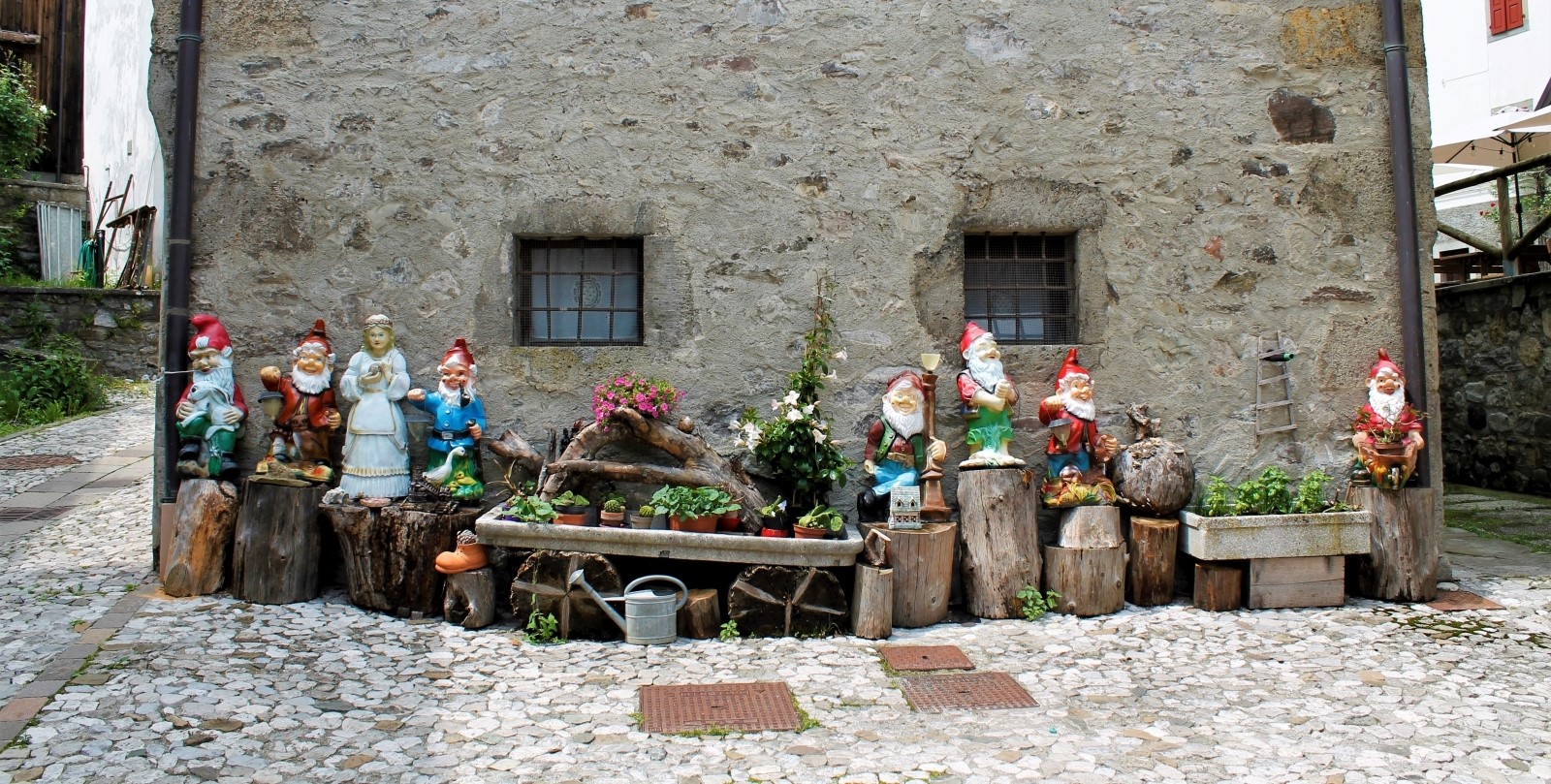 We stayed a few nights in a remoted chalet of Albergo Diffuso La Marmote, near the Austrian border. In a previous blog post you can read all about our offline adventure in the Carnic Alps.